Donation Store uses cookies on it's site to give you the best experience possible and to provide the core site functionality. By using our website and services you agree to our Privacy Policy.
Blog
Back to Blog

V2.2 - Changes in Prices and How We Operate 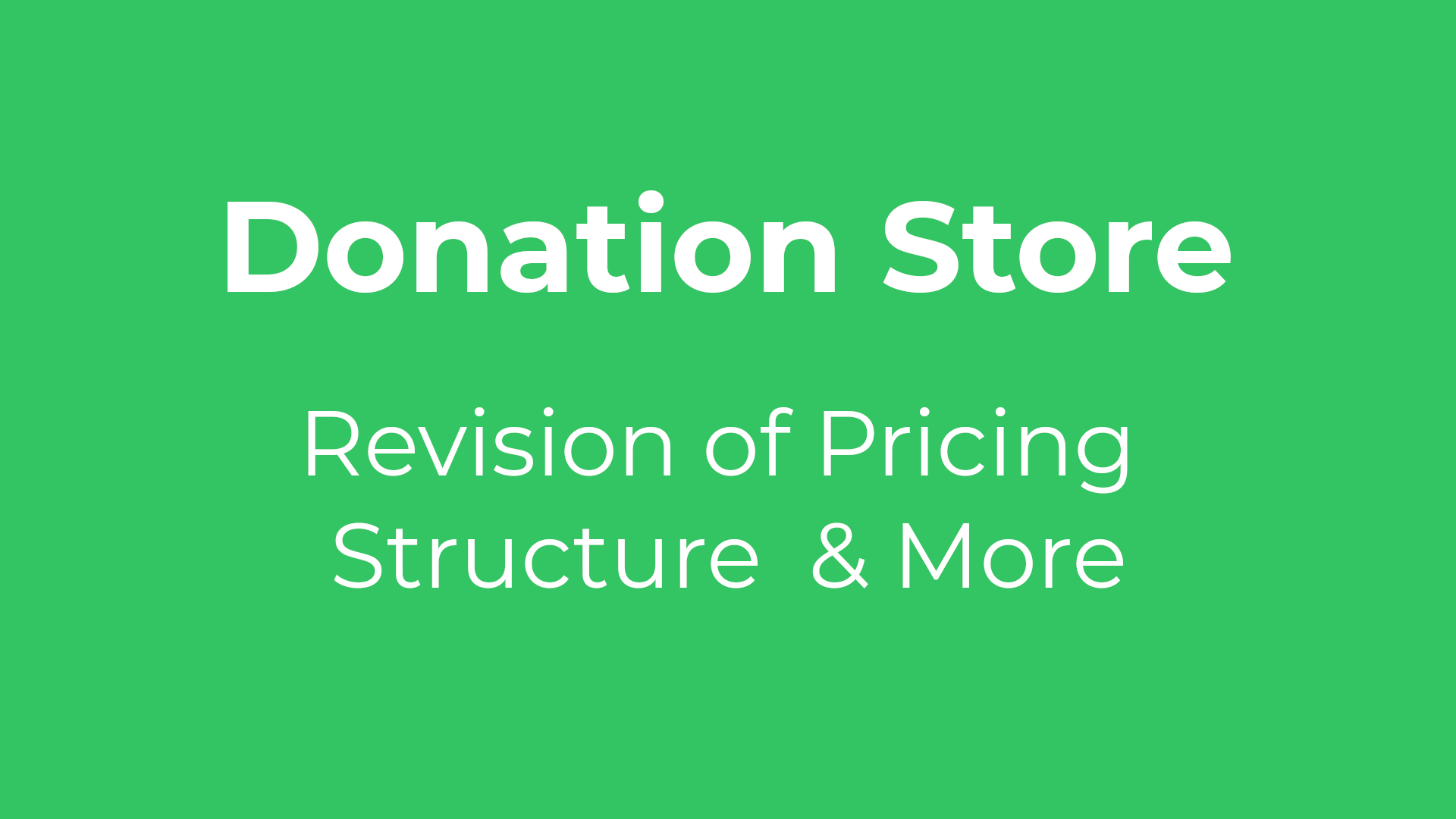 Hey All! This is an announcement about the future of Donation Store, namely V2.2 which is currently in development. Unlike the other announcements, this is actually going to be a long one! So first off, let's look at how Donation Store is today. A once off fee to install it locally on your server. This is and always will be one of our biggest selling points. But after gaining some clients over the last 20 days, we have indirectly and directly received feedback about our products, their features and how they are licensed. While V2.2 has been a development update (until now), it will bring a huge amount of changes to how Donation Store works, how it is priced and the features it will bring.


First off let's take a look at the plugin. We have only supported Spigot, however I have been working on a new Spigot, Sponge and Bungeecord plugin where most of the logic is abstracted so we can rapidly develop new plugins and update them. Looking at the old plugin, there is a DRM check in place to prevent unauthorised users from using it. I.e. it requires your license key to be entered. This has been the basis of our three tiered pricing (more explained later), however it will be removed. As the plugin actually just contacts your webstores API, anybody could create their own plugin to do the same thing. Thats why with v2.2 all of our Minecraft plugins will be open source without license checks. We will also provide documentation on how the webstore API works so you can create your own plugin if you'd like!


Next is what was mentioned above, the three tiered pricing. By tiering it the way it is, it puts strain on our servers as we have to make remote calls to verify a license each time for no reason as the webstore API is public. Plus, if you have 30 server connections, in the current state you could purchase the smallest option and instead use Bungeecord to split out the commands executed there to other servers. So as of v2.2, there will no longer be 3 tiers, only 1. We are still working on pricing for this tier but it will be in or around the current Small - Medium packages right now and instead of offering 2 months and 6 months of support respectively, we will be offering 12 months of support and updates with the option to extend that in the future. With also comes with unlimited server connections and no limits.


Before I continue, let me address the elephant in the room. What if I paid for a current license, what happens. If you bought a Small license, you won't have to pay extra and you will be transferred to the new system. Your support and updates will also increase to 12 months from the day you purchased instead of 2. For people who have bought medium, you will (like small) move to the new system, won't have to pay more, but your support and updates will also be extended to 12 months. If you purchased large, we will come back to that in the next section!


The Basic Subscription (price tbd but will be extremely affordable, cheaper then all competitors that offer the same features) allows you to host Donation Store on your own server just like the once off fee, however with it, you receive rolling updates and support for as long as you have the subscription active. The support include priority ticket support and non-advanced/basic support on Discord.


The Pro Subscription (again price tbd, but will be a lot cheaper than current enterprise options) will offer the same as the Basic Subscription, however we will be providing high levels of Enterprise support. This includes, a dedicated account manager, priority ticket support, live advanced and technical support through private channels on Discord. It also includes Emergency support. As it is an pro subscription, we will be offering the ability for network owners to take advantage of our ability to instrument and monitor their stores and provide support for all store related problems and issues.


As mentioned, we forgot about the Large customers. As a thank you for purchasing this, you will continue to retain the license once off as stated with Small and Medium, however you will be offered the option to increase your standard support and updates level from 12 months from the day of purchase to 18 months of support and updates or, 2 months of the Pro Subscription.


So thats pretty much it. As for a release date, I have to perform a lot of infrastructural changes to facilitate this switch, however all plugins and the ability to launch on these new changes should be available by March! If you have any questions, you can DM me personally.